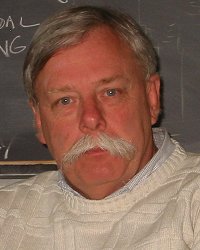 It is said that most generals prepare for coming wars using the rule book and tactics of the last battle they fought. The same process often applies to critical social infrastructure such as transportation, epidemics and energy supplies. It is a time-tested formula for failure.

It doesn’t have to be that way. Take energy for instance. Blessed with abundant, albeit spatially dispersed, natural resources and fuels, Canada is well poised to fight and win the wars of the last century. Canadians enjoy ample reserves of water, coal, oil and natural gas. They possess a decent array of infrastructure to process these reserves, move them around and serve both domestic and export demand.

Now, however, climate change, population growth, regional resource scarcity and changing consumer preference are all poised to get in the way. That should come across as a serious challenge and warning.

More to the point, the way we use fuel today is not only inefficient, but leaves a large waste heap we ignore and have no idea what to do with. That’s after we enjoy the benefits such as heat, or gasoline or spinning electric motors. In other words, creating useful energy from natural resources is not 100-percent efficient, and those byproducts like carbon dioxide or other gases add up to a very toxic brew over time.

Given the fundamentals (we all need shelter that supports good health, we all need to be able to move around and we all need food and water for survival), it’s more important than ever to plan for, and invest in, the energy infrastructure of the future, not celebrate the past, because the past is losing its appeal, not to mention its utility.

The energy industry in Canada, and most of North America for that matter, is based on an old model that won’t be competitive over the next decades, let alone the next century. For one thing, the current model of primary hydrocarbon extraction, upgrading and shipping has a limited economic future. It won’t be legislated out of existence; consumer choice will take care of that.

For any number of reasons, the next world is going to be dominated by electricity sourced and developed using low(er) impact fuels and processes. Sure, coal, natural gas and other hydrocarbon derivatives will still be available; they may still be relatively inexpensive — until the cost and compensation for their waste stream is taken into account.

That’s important, because when the bill for damages comes due (past as well as future) major reserves of traditional fuels will be set aside in the face of falling demand. They will stay put until sustainable use is part of their future use DNA.

Planning and investing in the future energy system

So it’s time to plan for and invest in the future energy system; stop looking in the rear-view mirror and create a model for generating, transferring, and consuming energy with low net-carbon impacts based on a lifecycle. If your answer to that is natural gas, start looking through the windshield instead of the mirror.

This is a complicated and very long-term problem, challenge and opportunity. The issue won’t appear overnight, nor will it begin to be solved at all until we admit that our planning model has to change.

Change is never free. Shifting from a 100-year-old model built on inexpensive hydrocarbons will be painful. Economists worry a lot about one of the casualties of such a transition. We call them stranded assets and they are more than just a hiccup. Some will even have remainder mortgages, debt we incurred after we passed a convenient off-ramp. Power plants based on mine-mouth location come to mind. Hydroelectric facilities where fish suddenly have more value than electrons.

It won’t be easy, but the first step will have to be the admission that  the world of hydrocarbon extraction and use is dying from its own success.

The energy future has to be a product of planning, political will and investor interest. Investors’ loyalty and interest will be based on future earnings, not aspirational choices. That future is going to turn out to be electric and organic. Both of these characteristics will be part of a cooperative “system” that meets consumer needs head on, obeys laws of physics and economics, and underpins a society evolving toward knowledge and value-added industries.

Utilizing the full range of Canada’s resource base

That does not mean abandoning the rich resource base of Canada. It means utilizing the full range of resources both regionally and technically in such a way that they free up and support the next generations of domestic investors and inventors who will export talent, ideas and technical innovation instead of hydrocarbons.

This op-ed is not intended to be a crystal ball. It is to create interest in a process, a shift in thinking about what the future will need from us to create opportunities and, yes, wealth. In summary, remember three trends:

These trends are existential, powerful forces that ultimately won’t be denied. That fact also describes opportunities for future investment and employment. We can adapt to the change coming; political economist Joseph Schumpeter called it creative destruction. Older, less competitive technologies and industries will be diminished, ultimately set aside by newer, more nimble and competitive industries. Some industries will not survive, but the survivors will collectively advance the entire culture.

We can begin the electricity transition by re-inventing scalable, safe nuclear facilities and combine those with natural gas turbines to fill the gaps as renewable energy in many forms evolves to match demand. We can meet carbon and heat waste problems head on. With enough thoughtful planning and investment, nuclear-based electricity could be the core that enables other low-carbon alternatives and renewables sufficient for both domestic and export demand. If we reinvent the transmission infrastructure, we can limit impacts on the landscape and improve long-distance energy transfers.

It’s a long game, and it won’t be easier if we get trapped in the past. There is an old trope worth repeating here: The stone age didn’t end because we ran out of stones.

Michal C. Moore is a Research Fellow at the Atkinson Center for Sustainability at Cornell University and Professor Emeritus of the School of Public Policy at the University of Calgary. He is former Energy Commissioner for the State of California, and former Chief Economist for the U.S. National Renewable Energy Laboratory.