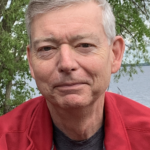 One more road through a drained wetland here, another neighbourhood full of lookalike houses in what had been a forest over there. A factory on that open patch of ground, a shopping mall on the other; large paved parking lots and plenty of lighting on both. The signs of burgeoning human progress are reflected in the way we divvy up and chip away at the natural world around us. Once upon a time, there was a lot of that world to work with. But now that we are eight billion souls, working with technology that transforms the landscape at unprecedented scales and speeds, there is a lot less. The most pessimistic observers insist we are decimating the natural world, irreversibly and globally.

This is the kind of rhetoric we will undoubtedly hear over the next two weeks, as the 15th Conference of the Parties (COP15) to the United Nations Convention on Biological Diversity gets under way in Montreal. Representatives from around the world are expected to debate how the intricate structure of natural systems can be preserved from the physical presence of relentless economic development.

The stated goal of these deliberations will be an international treaty, akin to those already put forward to deal with greenhouse gas emissions and climate change. However, a growing chorus of economists suggest that a much simpler strategy will address this challenge far more effectively. Put a price tag on the natural world, they maintain, and the calls to save it will carry a lot more weight.

“It always makes sense to pave over anything, because you’re always going to have some sort of economic value, whether it’s one cent or a billion dollars,” said Ryan Riordan, Director of Research for Queen’s University’s Institute for Sustainable Finance (ISF). “If what you’re paving over is worth zero, and provides zero, then you’ve always got a business case to do it.”

The ISF was spawned by the Canadian Expert Panel on Sustainable Finance, convened by the federal government in 2018. The panel’s recommendations, which considered how principles of environmental sustainability could be incorporated into financial decision-making, became the foundation for this academic unit, which brings together government and private sector interests to weigh matters such as risk assessment, regulation and policy, and the changing nature of fiduciary duty.

In this context, a business case for any development — be it a road, a housing development, or a mining site — will change dramatically, as soon as it incorporates quantifiable costs for the environment. As Riordan explained to Research Money, this is a practical means of overcoming the Tragedy of the Commons, a longstanding conundrum caused by publicly accessible resources that have no established economic value. If demonstrable benefits that undisturbed natural resources offer to communities can quantify that value, the result can be assigned as a cost to anyone who proposes to remove those resources for commercial purposes.

Perhaps the most obvious example is forests, which absorb rainfall that might otherwise generate local flooding, retain carbon from the atmosphere that could contribute to global warming, and provide a shade canopy that lowers local temperatures during the hottest parts of the year. Riordan suggested that developers who want to remove trees, to make way for some kind of built infrastructure, should deal with the complete financial consequences of that decision.

“You’re actually taking the services provided from all of the taxpayers around here,” he said, invoking terminology intended to get the attention of planning authorities. “So if you want to remove those natural services, you’ve got to pay these taxpayers, and everyone should understand that.”

Similar arguments have been put forward in opposition to the Ontario government’s recent decision to sell land in the province’s greenbelt to developers, ostensibly to help address a critical shortage of housing. Communities that would be affected by this move, as well as others that fear that they might be affected by the precedent that is being set, have mounted grassroots protests to defend the ecological integrity of the Greenbelt, a multi-million hectare swath of land that is supposed to be off-limits to economic activity.

Yet even this loud response appeals only to the scientific or cultural value of the land, which will still be regarded as having no price-tag, as far as governments or developers are concerned. Setting a price is no simple prospect, but it has become a guiding principle for the Taskforce on Nature-related Financial Disclosures, an international group designing a framework so planners can account for the costs of replacing a natural environment with a human-built one.

Those costs may be far steeper than anyone imagines, said Riordan, pointing to the  price-per-tree calculations that accompany the clear-cutting of old-growth forests. When the lost value provided by water cycling or climate regulation is taken into account, he envisioned an unflattering headline: “A forest that provided $65 billion over the next 25 years in natural services was cut down and sold for a billion dollars.”

In this way, the Tragedy of the Commons evolves from a sad, emotional observation to a bookkeeping problem that can be negotiated with far greater precision. Faced with a bleak balance-sheet, many investors who want a piece of the natural world will be forced to re-think their plans, if it means covering this much broader array of expenses.

“Up until now, we’ve assumed that the environment is an unpriced input into all of our economic activities,” Riordan concluded. “Now we’re realizing that it’s actually a priced input, and it’s a scarce resource. So if we want to continue with our economic activities, we have to be smart about it. We have to price the inputs at their fair market value. As soon as you do that, sustainability becomes a natural thing that people think about in managing the planet and our resources — it’s what you do if you want jobs and an economy that’s healthy.”