Canada’s ability to compete as a nation in the global knowledge economy depends to a large extent on the vitality of its private sector. There is evidence that during the economic boom in the latter half of the 1990s, Canada experienced a drop in the number of firms conducting R&D here.
Is this a trend? Does it matter? How do government policies and programs affect the behaviour of R&D-intensive firms, and are they effective in improving Canada’s economic performance?

As companies become global players they are moving their key operations around the world. Canada has been an attractive place for foreign multinationals to locate R&D centres. Will this situation persist? Or will firms, Canadian firms included, increasingly move to emerging centres like India and China?

Business leaders from the major high tech sectors will describe their global business strategies and how R&D fits into the overall picture. We will hear from multinational corporations active in Canada, entrepreneurs running Canadian firms large and small, investors and other experts. They will assess the overall environment for knowledge-based business in Canada and recommend approaches for successful commerce in a global context. 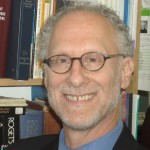 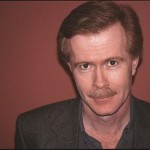 Opening Keynote: How Canada Can lead in a Competitive World

Research Driven Wealth Creation: From Start-up to 1/2 Billion in Revenue

Luncheon Address: Toward a Strategy for Competitiveness and Growth

Moderator Tom Brzustowski, RBC Professor for the Commercialization of Innovation, University of Ottawa