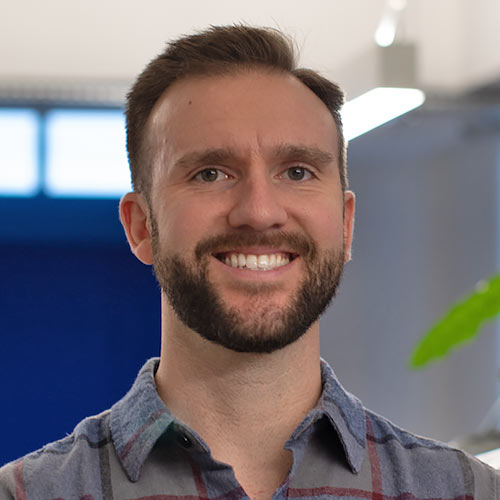 While payments modernization has been somewhat of an under-the-radar government initiative, September’s federal election significantly elevated its profile. Both the Liberals and Conservatives highlighted open banking and payments modernization in their platforms, and Conservative Leader Erin O’Toole even recorded a video message highlighting the benefits of fintech-induced competition.

Why were major political parties suddenly paying attention to fintech? Because financial innovation and competition is sorely needed in Canada.

While the big five Canadian banks aren’t quite as politically unpopular as their American counterparts, it’s increasingly clear to policymakers and the public that Canadians have not benefited from innovation and competition like in the U.S. That’s why Canada is in some ways copying the playbook of the U.K., which has embraced fintech as a key driver of growth and competition.

Instant payments: Nearly 60 countries around the world already have real-time payments systems, and Canada will join that list in 2022 when it launches its Real-Time Rail (RTR) system. RTR will utilize the ISO 20022 data standard, which has become the global standard for payments messaging and a common language for financial institutions around the world.

The RTR features and policy framework are being finalized at this moment by Payments Canada which, as the name implies, operates the payments systems in Canada. However, there’s increasingly a concern that the initial launch may not include some of the features fintech companies desire, like alias directories (think emails and phone numbers) or request to pay (think easy bill payments via text message).

Modern payments license: In its 2021 budget, the Canadian government created a new payments license called the Retail Payments Activities Act (RPAA). Aside from the province of Quebec, Canada didn’t previously have money transmission or payments licensing requirements as payments companies only had to register with Financial Transactions and Reports Analysis Centre of Canada.

Now, however, with the RPAA in law, the Bank of Canada will become the primary regulator of payments companies. While seemingly simple, the process may take agonizingly long as regulations need to be developed and the Bank of Canada must build out a payments supervision team. The likely first step will be the registration of payments companies in 2023, with oversight starting in 2024.

Non-bank access to the payments system: The government has already had multiple rounds of consultations proposing to expand access to its payments system to these newly RPAA-licensed companies, who could become members of Payments Canada and directly clear and settle payments. This would be a big win for fintech companies hoping to make lower cost payments and reduce reliance on costly bank partners.

Unfortunately, this proposal will take a while and it isn’t certain, as it still requires another change in law. The best case scenario is that amendments to the Canadian Payments Act are included in the 2022 budget.

These amendments, which were first proposed by the federal government in 2018, would allow non-bank payment-technology companies to obtain direct access to the payments system, rather than relying on a bank partner to send payments on their behalf. If implemented, these changes will allow fintechs to compete fairly with Canada’s established banking institutions, resulting in lower consumer costs, better services, increased innovation and competition, and enhanced financial stability.

Even with the amendments, however, it’s possible access to the payment rails wouldn’t be granted to payments companies until after Bank of Canada RPAA payments supervision begins, which likely means 2024 or 2025.

Open banking: Unlike in the U.S., where open banking is already happening and industry driven (e.g., the Plaid-US Bank collaboration), in Canada the practice is still entirely relegated to screen scraping and consumer rights to data are limited. The government is trying to change that by creating an open banking framework, although they’re calling it “consumer-directed finance” after polling suggested “open banking” is a scary phrase to consumers.

While the open banking effort was seemingly stalled most of this year, that changed in early August, just before the election was called, when the government finally released its Open Banking report. The report from an advisory committee included 30+ key recommendations, including scope, governance, common rules, and technical specifications and standards. It’s a big win for fintech even if the framework only initially includes “read” access (data) for now, though hopefully “write” access (payments initiation) will be implemented subsequently.

The key next step will be the appointment of an Open Banking “czar” to drive this forward. There’s hope that this framework could be developed in 18 months, and be live by early 2023. But that will require quick action from the government, including possibly the passage of a new privacy law first.

There is no doubt that these developments signal significant progress for Canada. While industry needs to continue applying pressure to get these initiatives across the finish line, there is optimism that once implemented, Canada can go from being viewed as a laggard to a leader on fintech innovation.

Nick Catino is the Global Head of Policy & Campaigns at Wise, a financial technology services company headquartered in London, England. Catino, based in Washington, D.C., leads interactions with governments around the world and coordinates grassroots consumer education campaigns to modernize and make international payments more transparent.