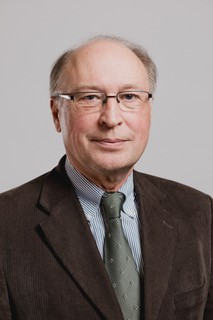 Recent protectionist and exclusionary guidelines on targeted foreign collaborations or influences into Canadian research are of concern to all scientists and may even be counterproductive.

The federal government’s recently announced National Security Guidelines for Research Partnerships include a compulsory questionnaire to be filled as an annex to the Natural Sciences and Engineering Research Council of Canada’s Alliance grant applications in NSERC’s partnership program. Depending on the risks as reported on the questionnaire, a mitigation process may be required, although little is known as to the mechanism to be used.

By way of background, concern has been expressed at different levels about the infiltration of foreign interests into the Canadian research fabric. In particular, our liberal policies with respect to international partnerships or partnerships with some foreign entities were raised as contemporary issues. As well, a number of promising spin-offs funded through the public system, such as Element AI, have been bought by foreign entities.

All those factors have contributed to a climate of defiance about our ability to manage our own national treasures, the very result of our inventive ingenuity resulting from publicly funded research projects, and those leading to key breakthrough inventions. This has notably been the case for sensitive, emerging and strategic fields of research.

As a result, since the beginning of 2021, a series of seminars were given by officials from Innovation, Science and Economic Development (ISED) and the Canadian Security Intelligence Service on many Canadian university campuses in an attempt to sensitize researchers to those issues. The backlash was also triggered by regrettable incidents in Manitoba where Chinese scientists were blamed for transferring sensitive materials to Chinese laboratories.

Similarly, at Harvard and MIT, cases involving prominent researchers, including department chairs and Chinese students, are in prosecution for exporting sensitive materials, as well as concealing their ties with Chinese concerns. These events have served as a wake-up call leading to the recent announcement.

But are such measures warranted? Are they a departure from our long tradition of international collaborations? Can they be effective with researchers often being unaware of the potential opportunity or strategic risks involved in sharing their results?

In pure academic research tradition, sharing has been encouraged for decades in Canada. Programs have been designed to promote industry and international partnerships, whether at Canada Foundation for Innovation, NSERC, Canadian Institutes of Health Research, or through provincial granting agencies as well as colleges and polytechnics. Thus, these new hurdles and mandatory pre-authorization steps may not be easily understood nor accepted.

Let us have another reality check: in some university departments, foreign graduate students are the majority. Can we and should we switch them from their current research endeavours and their thesis subjects? Who might replace them? In addition, some researchers have cross-appointments, including in nations targeted by the recent security measures.

No clear mechanism has been set to determine what can be of strategic national risk in research projects. A long list of fields of activity has been suggested, but not who would be entrusted to judge what constitutes a risk for Canada.

One could conclude, at first glance, that this reaction is some sort of improvisation. If this is the case, one could expect some improvements. Canadian resilience is in play.

The power of science lies in integrating ideas in innovative ways, not in ignoring or negating them. Team results bring better outcomes than individual efforts. In the same way, interdisciplinary and international collaborations are more likely to yield outstanding results and allow progress from a diversity of approaches, viewpoints and experiences.

Science has no home nation and most scientists would likely say they have no political affiliations. The quest of scientists is to better understand the world and perhaps even anticipate its evolution.

The descriptions provided on the ISED and NSERC websites suggest there has been some deep analytical work to identify risk issues at the outset. But can risk issues be identified when research results cannot? Perhaps government guidelines could have instead recommended a preference for national interest through compulsory licences of research results to national companies, a measure somewhat similar to what is enforced in the U.S. and most European countries.

Universities’ intellectual property policies have been without any government guidance for decades on this very subject, and that is the key — the result of confused jurisdictions between provincial educational matters and commercial federal interests.

It is not clear whether such a national security measure will be applauded by Canadian companies. Are we not risking to compromise, through paperwork and delays, relationships that took years to build in some advanced technology areas?

From a different perspective, the new measures are the first ones to limit researcher’s ability to partner on topics with colleagues of their choosing. It is also the first time in peacetime that we’ve subjected research outcomes to political imperatives. Can we therefore deduce that a new oversight of university activities is in play?

Granted, university administrations have been consulted on these new security measures. But these measures may be perceived by researchers as the Trojan horse of government intrusion in the orientation of research projects. Are we not skirting academic freedom?

It raises the ultimate question: Do our decision-makers have enough understanding of research and of the culture of university research? Revisiting some of those measures in light of the issues they are raising is likely to happen — and should happen — in the coming months.