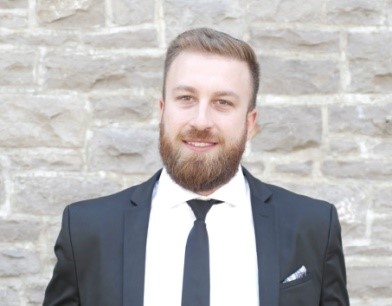 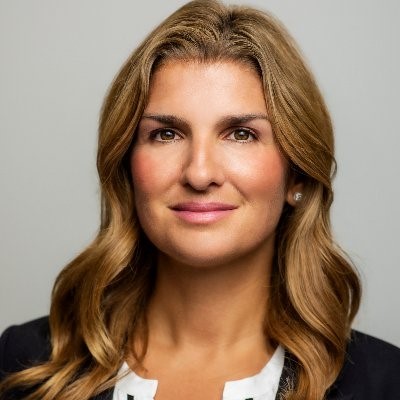 Canada must incentivize and support domestic industry to commercialize new knowledge. We need a new approach to exploit both public- and privately-funded intellectual property (IP) as Canadian businesses are failing to exploit their IP and reap the economic benefits from their outputs.

Intellectual property rights include trademarks, patents, industrial designs and copyrights. IP products, the marketable knowledge resulting from R&D, only comprised 1.9 per cent — about $38.2 billion — of Canada’s gross domestic product in 2020. In the advent of the knowledge-based economy, Canada’s IP stock assets remain trivial.

Ownership of relevant IP enables a Canadian company to advance towards their strategic objective. When Canadian companies fail to properly monetize their IP, they lose out on the economic benefits that maximizing the value of their IP would bring. Protecting their IP in foreign markets provides greater opportunity for scaling. However, the number of Canadian businesses that hold IP rights abroad is sobering — only 5 percent of Canadian businesses own IP rights abroad, and only 1.6 percent of businesses own patents outside of Canada.

Patents are important for Canadian innovators to protect their ideas from being stolen, to obtain financing from investors and to secure their freedom-to-operate. Yet, our competitors are outpacing us in filing for patents as well — only 1.1 percent of businesses in Canada filed for patents from 2017 to 2019. The latest data from the OECD show that, on average, 5.9 percent of firms in OECD countries applied for patents in 2016.

Canada has seen a decline in the number of Patent Cooperation Treaty (PCT) international patent filings from 2014 to 2020, a grim hurdle in our ability to stay competitive in the global economy given that the global trend is upwards and China is now leading over the U.S. in the sheer number of PCTs. PCTs are also a proxy for a country’s ability to generate valuable IP assets. Troublingly, Canada’s PCT filings dropped 22 percent between 2014 and 2017, the worst among 152 member states, while global filings grew by 14 percent in the same period.

Our domestically headquartered companies must be assisted in generating economically valuable IP that provides benefits for Canadians. How can we do more to help Canadian companies generate more IP and exploit it better?

The federal government’s Open Science directive, which makes all federal science accessible to Canadians, has led in some circumstances to “innovation philanthropy,” where Canadian taxpayers pick up the tab while foreign companies reap the benefits.

For example, Tesla has been benefiting from an arrangement with Dalhousie University researchers who contribute to patents forming the basis of the company’s “million mile” battery. Stakeholders of this agreement argue that the mentorship and education students receive through this partnership is invaluable for the Nova Scotia cleantech ecosystem; however, Tesla keeps the exclusive rights to the inventions that result whose value already is in billions.

Canada must be more aggressive in thinking about who benefits from the windfalls from publicly funded research. As an example of how to follow a different path, when Google purchased Israeli-developed GPS navigation company Waze, which received public funding from Israel’s Innovation Authority, for a reported minimum of $966 million in 2013, the Israeli government earned $370 million in tax revenue from the deal, including $230 million for the right to export the company’s IP rights.

The purchase of Montreal-based Element AI by U.S. firm ServiceNow in 2020 is an example of taxpayer-funded research that could have been leveraged and exploited. The federal and Quebec governments invested more than $30 million in the once highly touted AI firm. However, the company was bought out for its talent and IP, and Canadian tech faced another upstart young company leaving the country.

Why does the public sector not do more to support the private sector in commercialization? The federal Scientific Research and Experimental Development Program is the biggest tax incentive for research and innovation, yet there is nothing in the program earmarked for commercialization costs. The program pays a business to conduct research, but not to protect it. Because 98 percent of Canadian business are small businesses, the private sector needs a centralized regime to support them in managing and exploiting IP outputs.

The government is finally taking small steps to address the problem. The Canadian government’s proposed $250 million in funding to assist businesses and entrepreneurs grow their IP awareness, as well as to use through the IP Strategy and National Research Council-Industrial Research Assistance Program, is only the first stage. Five months later, we still have no details about how the funding announced in the 2021 Federal Budget related to IP awareness and education will be spent.

A House of Commons Standing Committee in 2017 reported there are glaring data gaps when it comes to understanding of IP licensing practices, technology transfer and exploitation in Canada. Systems value what we measure. If we’re not even tracking commercializing and technology transfer, is it any wonder we are doing so poorly?

We need a centralized agency that acts as a gatekeeper and knowledge synthesizer, addressing commercialization challenges and connecting Canadian SMEs and innovators to the education, expertise and commercialization tools they need.

Ontario has launched its IP Action Plan and is initiating a new provincial agency, Centralized Resource Entity on Intellectual Property, to guide the province’s innovation ecosystem and post-secondary education sector towards strengthening commercialization of IP.

The Action Plan puts in place a Special Implementation Team that will provide advice to the Ontario government on a centralized provincial resource for entrepreneurs and startups to access IP legal expertise and education, develop a governance framework for supporting entrepreneurial and innovation activities, strengthen IP literacy and education, and clarify roles and mandates of commercialization offices with post-secondary institutions. Why could something like this not also be feasible on a national scale?

Government must take a leadership role in making sure that new outputs generated from public and privately funded Canadian R&D are properly protected and exploited. Policy must have an end goal when investing in research. Providing a toolkit for businesses to generate more and commercialize better IP will help to increase Canada’s competitiveness and better position us in global innovation rankings.

Daniel Katz is Lead Research Analyst at Global Advantage Consulting Group, an Ottawa-based data analytics and strategy firm. Natalie Raffoul is Managing Partner of Brion Raffoul LLP, an Ottawa-based intellectual property law firm, and is a world-renowned expert in patenting. She is a member of the implementation team for Ontario’s IP Action Plan.