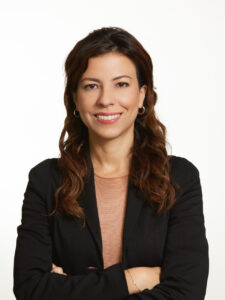 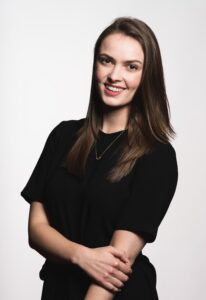 By Sofía Condés and Lily Stuart

With a consumer demand that has grown threefold since the 1980s, salmon aquaculture has become the fastest-growing food production system in the world. Canada plays a significant role, as the fourth-largest producer of farmed salmon, after Norway, Chile and the U.K.

When compared to beef, salmon has been considered a more sustainable source of animal-sourced protein. However, its dramatic growth and intensification of production present several environmental, social, and governance (ESG) risks and opportunities for investors, companies, and the surrounding communities.

Over the last couple of decades, aquaculture has been presented as an industry with tremendous potential to feed more people in a world of increasingly fewer resources and declining wild fish stocks.

Salmon, in particular, has been seen as a nutritious, omega-rich source of protein, and can be easily incorporated into diverse recipes – all of which has contributed to the growth of the salmon industry. As a result, what was once seen as a luxury food became a common ingredient across world cuisines in a relatively short space of time.

Canada was a pioneer in salmon farming, setting up the first open-pen systems in the 1970s and growing steadily since. Canada’s unique geographical situation with the world’s longest coastline and cold-water temperatures make salmon farming an obvious choice, with 70 per cent of Canadian aquaculture coming from this species.

However, despite decades of industry growth, salmon farming has reached a point of increasing tension between environmental activists, government, local communities and farmers.

Environmental organizations, such as First Nation Wild Salmon Alliance and Wild First, argue that open-pen salmon farms have put wild Pacific salmon at increasing risk of extinction by exposing them to parasites, pathogens, and pollutants. These concerns are far from unfounded, with the Coller FAIRR Protein Producer Index (Executive Summary, page 36) estimating that in 2020, more than 700,000 fish escaped just from the 15 aquaculture companies reviewed by the Index.

A tipping point in this discussion happened in 2019, when Prime Minister Justin Trudeau promised to ban open pen farming in British Columbia by 2025. B.C. Premier John Horgan has responded that closures without a clear transition plan would “undermine the economies of dozens of communities” in the region. Similar political pressures have been applied in Chile, Argentina, and Australia.

For example, in June 2021, the Argentine province of Tierra del Fuego became the first jurisdiction to impose an outright ban on salmon farming, with activists and scientists contributing to the rationale for the move.

In the same year, the Kawésqar and Yaghan indigenous leaders in Chile called for a halt to salmon farming on the reserve in that country’s Kawésqar National Park. Their rationale was that the main species farmed in Chile is non-native Atlantic salmon, which, if it were able to escape, could threaten wild populations and indigenous people’s food supply.

What role can investors play?

The FAIRR Initiative’s research has identified several significant and material ESG issues in this sector, including exposure to disease, parasites (such as sea lice), local community resistance, habitat destruction, and biodiversity loss. More specifically, intensive salmon farming contributes to increased GHG emissions, and is also significantly affected by global warming, as warmed waters stress the fish and can lead to mass mortality events.

In this context, investors have a key role to play in influencing the largest salmon companies to manage these risks, adopt best practices and invest in innovations to ensure long-term sustainable growth.

Salmon are carnivorous fish, meaning they must be fed with other fish. This imposes a higher ecological burden than, say, an herbivorous species like tilapia or non-fed aquaculture species such as mussels or clams. Therefore, salmon farming’s reliance on fishmeal and fish oil, and its associated environmental and monetary costs, is one of the industry’s most pressing risks.

To help investors use their influence to encourage improvements in the industry, FAIRR launched an investor-company engagement in 2020. The engagement targets eight global salmon companies, asking them to develop and disclose strategies for diversifying feed ingredients towards more sustainable alternatives to fish oil.

This engagement has been supported by 75 investors with US$16.7 trillion in assets under management. Since the launch of this engagement, Mowi, one of the target companies with operations in Canada and the world’s largest salmon producer, has set a target for a 10- to 15-percent inclusion of emerging feed ingredients by 2030.

What Canada’s industry can learn from other markets

While most of the debate in Canada has focused on the environmental impact of open-pen cages, FAIRR’s research shows that a transition to land-based, closed-containment systems also carries its own sets of risks, including high energy requirements, poorer animal welfare, and higher risk of mass mortality due to system failure.

Looking ahead to 2050, aquaculture does have a significant role to play in global food supply resilience. Herbivorous species or species that require no feed, such as tilapia, carp, bivalves, and seaweed, have the potential to provide high-quality protein at a modest environmental price tag.

For instance, lobster farmers in Maine have been buttressing their annual income with kelp farming as climate change leaves them more vulnerable than most.

By transitioning the Canadian aquaculture economy to more sustainable marine protein options, this sector can preserve its economic viability, while alleviating tensions with local communities. Investors can use their influence to support this transition, and reduce their exposure to immediate and long-term ESG risks.

FAIRR members are at the heart of a global network of investors that encourages and helps companies move toward a more sustainable food system.