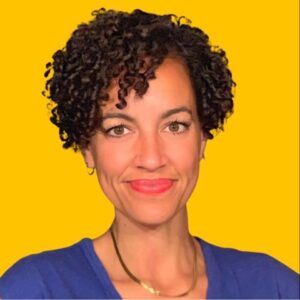 Bianca Bujan is the Communications Director at Tire Stewardship BC where she helps spread the word about tire recycling and how old tires can be turned into new products.

Tire recycling became a focus in Canada following a massive tire fire that occurred in Hagersville, Ontario in 1990.

The fire burned for 17 days straight, causing black smoke, toxic fumes and contaminated water wells. More than 14 million scrap tires were burned in that fire; it cost the province $15 million to cover damages. Four thousand people were evacuated from their homes and there were long-term repercussions for the area and its people.

After evaluating the impacts of that fire, the B.C. Ministry of Environment took action, creating the Financial Incentives for Recycling Scrap Tires program in 1991. This initiative focused on keeping end-of-life tires out of landfills by ensuring recycled rubber was turned into valuable products in environmentally responsible ways. In 1999, the Canadian Association of Tire Recycling Agencies was formed, with members from all provinces and territories in the country.

In British Columbia, the activities to make sure that all tires are properly collected and recycled are now managed by Tire Stewardship BC (TSBC) — a not-for-profit organization that took over the responsibility for the B.C. program in 2007. The B.C. scrap tire program is the oldest tire recycling program in the country. The program has been recycling tires for more than 30 years, and has recycled more than 100 million tires since its inception in 1991.

On a global scale, tire recycling is in its infancy. As a public service function relative to environmental responsibility, and as a public-private enterprise that will spearhead innovation and industrial business development, the industry has a long way to go.

Canada, however, is emerging as a leader in creating models of efficiency in turning waste into products through the cooperative efforts of government, industry, and enterprise-oriented non-profit organizations. While all provinces in Canada have embarked on such projects, few seem to have successfully captured the notion of a collaborative effort between those three entities more effectively than British Columbia.

Government strategy a key to a successful system

Like many other jurisdictions in Canada and elsewhere, British Columbia has long recognized the need for a tire recycling system that would rid the countryside, landfills and even waterways of tire carcasses from the millions of vehicles active on the province’s roads, farms, and worksites.

Through myriad attempts by governments, entrepreneurs, and dreamers — most often working independently of each other — many people have tried and failed to build a system that would see all the scrap tires of the province collected and transformed through recycling into materials that could be used by industry for other uses and products.

It was only when government legislation gave the industry the responsibility and authority to define, and then operate, a system to accomplish those goals, that things began to change.

Known as Extended Producer Responsibility, a government strategy was put in place to empower the tire manufacturing and sales industries to take on these responsibilities by creating a non-profit body, now known as TSBC. This industry-funded program pays for the collection and recycling of all regulated tires, and the development of new uses for the rubber, steel, and fibre “waste” from those tires.

Today, recycled tires are used by B.C. communities in a range of products that include durable and safe rubber surfacing for playgrounds, walkways, parks, gathering spaces and farm animals.

The ultimate goal of TSBC is to see the day when the value from the waste outweighs the cost of the collection and recycling of the tires. To fund the organization, every tire sold in B.C. comes with an Advanced Disposal Fee, or “Eco Fee,” and all revenue collected is used exclusively for recycling and program activities.

Collaboration has increased investment by recyclers and innovators

The stability within the industry provided by this cooperative system has resulted in increased investment by both recyclers and innovators looking to build successful businesses using recycled products. This collaborative approach can be credited for British Columbia’s success thus far.

B.C.’s approach to tire recycling could be a model for other jurisdictions in Canada, with its greatest success stemming from policies currently in place.

The “Manufacturing Incentives” policy promotes the increased use of B.C. recycled rubber, offering an incentive to manufacturers in the province to use B.C. recycled rubber in products. A two-tiered approach to paying the incentive includes one that is purely based on sales, and another focused on the level of investment in the “Research & Development Support” policy. This policy supports projects that align with TSBC’s vision and goals around transforming old tires into new products that provide environmental, economic and social benefits to B.C.’s citizens.

Other provinces in Canada are working to build similar structures, to varying degrees of success. All provincial bodies similar to TSBC regularly cooperate in information and technology exchanges. The hope and expectation are that one day the value of products made from recycled tires will achieve the stated goals, to the point where the type of government regulation and management of the industry in B.C. and all provinces will be unnecessary.

There’s still a long way to go, but B.C. is leading the way when it comes to innovation in the tire recycling industry.