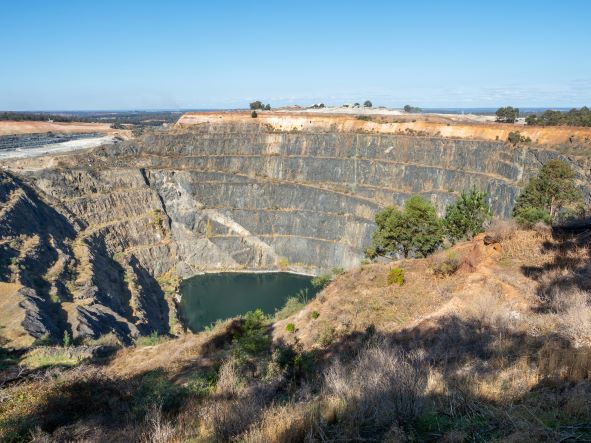 Canada lacks sufficient reserves and production to be a global leader in critical minerals although the new federal strategy is a step in the right direction, says the co-author of a new policy report on critical minerals.

“In a global sense, we’re not the major player in any of the critical mineral resources,” Philip Bazel, research associate at the School of Public Policy at the University of Calgary, told Research Money.

As Canada tries to develop a domestic critical minerals industry to drive a transition to low-carbon energy, “It’s hard to make the argument that we’re going to be able to replace all of the economic loss associated with moving away from oil and gas,” Bazel said.

Global policy rhetoric, including from Canada’s federal government, suggests we are on the verge of a “great energy transition” away from fossil fuels toward cleaner, renewable sources of electric energy, Bazel and Dr. Jack Mintz, PhD, president’s fellow at the School of Public Policy, say in their report.

However, Canada has less than five percent of the global economic mining reserves of any mineral needed for the energy transition, according to their report.

“Most of North America’s critical transition minerals will have to come from reserves in South America, Africa and the Caribbean as well as Australia and China, which will see economic growth from mining jobs and capital investments,” says the report.

The federal government, in releasing the Canadian Critical Minerals Strategy on December 9, maintained that Canada possesses “significant amounts of many of the world’s most critical minerals,” which gives the country “vast opportunities.”

The strategy prioritizes six critical minerals “for their distinct potential to spur Canadian economic growth and the necessity as inputs for priority supply chains.” They are lithium, graphite, nickel, cobalt, copper and rare earth elements.

However, the data presented in Bazel’s and Mintz’s report belie Ottawa’s claims that Canada is rich in critical energy transition minerals.

Production of lithium will have to increase more than 13-fold to satisfy national electrification and emissions goals currently in place for 2040, according to the International Energy Agency (IEA).

Yet, as of 2020, Canada had no economically viable reserves or production of lithium, according to the Bazel and Mintz report.

In comparison, about 53 per cent of the world’s known lithium reserves are located in the “lithium triangle” of Bolivia, Argentina and Chile. When it comes to lithium production, Australia is the global leader, accounting for nearly 49 per cent in 2020.

For graphite, the IEA says an eight-fold increase in production is needed to meet stated 2040 policy goals.

However, Canada has no reserves of graphite and only 0.8 per cent of global production, says the Bazel and Mintz report.

China also is the world’s largest producer of rare earth elements, accounting for almost 60 per cent of global production.

As for cobalt, Canada has only 2.9 per cent of reserves worldwide and just 2.6 per cent of global production, say Bazel and Mintz.

More to the story than just mineral reserves

But the Bazel and Mintz report looked at mineral reserves, as opposed to mineral resources, says Janice Zinck, executive director of geoscience and mines for the Government of Nova Scotia’s Department of Natural Resources and Renewables.

Mineral reserves have been measured and defined as economically viable, whereas mineral resources are the as-yet-undeveloped deposits in the ground, she told Research Money.

“We have an ample supply of mineral resources. The reserves [still] need to be defined,” said Zinck, a former director at Canmet Mining, a research, development and innovation arm of Natural Resources Canada.

“We need to be able to support companies so they can demonstrate the economic viability of their projects, to de-risk them by providing support to the piloting and demonstration of technologies that will help advance them to commercialization,” she said.

Zinck noted that many of the countries with large reserves of critical minerals don’t have Canada’s strong credentials when it comes to environmental, social, and governance practices.

End users are increasingly demanding “responsibly sourced” critical minerals for use in their manufactured products, she said. “This is where Canada has the opportunity.”

Also, Canada has a lot of legacy mine wastes that probably have concentrations of some critical minerals that are at least on par with “greenfield” or new mining operations, she said. These wastes could be examined for extracting and reprocessing the critical minerals.

“That would help local communities and improve the environment there, while providing some economic opportunities at the same time,” Zinck said.

The federal government has committed $79 million toward exploration to help identify critical mineral deposits and prove up Canada’s reserves.

The Prospectors & Developers Association of Canada (PDAC), which has called for increased incentives for exploration, welcomed the measures as “a good first step.”

“Less than five percent of annual exploration spending in Canada is directed towards most minerals on [Canada’s] critical minerals list and we will need that to increase to capitalize on the opportunity in front of us,” Alex Christopher, president of PDAC, said in an email to Research Money.

More government support also will be needed at various points of the mineral supply chain, including building roads, electricity transmission lines and other infrastructure to access and develop remote deposits, he said.

“Attracting capital and addressing the infrastructure deficit that exists throughout much of Canada must be addressed with direct investments where more can be done,” Christopher said.

Bazel, however, argued that Canada’s participation in the global energy transition mining market may hinge on the shape of the country’s taxation and regulatory frameworks, and on Canadian companies developing critical minerals abroad where there are more reserves.

The good news is Canada’s tax system for mining is very competitive across all provinces and compared with other countries, Bazel said.

However, Canada’s regulatory system is complex, lengthy and slow compared with many other countries competing in critical minerals, he said. Getting a new Canadian mine into production can take 12 to 15 years.

Canada needs to accelerate the regulatory cycle, including increasing regulatory resources and support and designing flexibility into the critical mineral designation process, the Canadian Chamber of Commerce’s Critical Minerals Council says in a December 14 report commissioned from PwC.

The report makes 14 recommendations across four main areas: the regulatory cycle, competitiveness, risk and capital, and infrastructure and clean energy.

For risk and capital, recommendations include increasing the scale and awareness of exploration grants, and maximizing the impact of flow-through tax credits.

In the new Canadian Critical Minerals Strategy, the federal government acknowledges: “We recognize that, although responsible regulations are vital, complex regulatory and permitting processes can hinder the economic competitiveness of the sector and increase investment risks for proponents.”

Zinck said Canada having an efficient regulatory system “is absolutely key to be able to become a world global leader in this space.”

Taking decades to go from a minerals discovery to mine development will no longer work, given the need for critical minerals required to make a transition to low-carbon energy as quickly as possible, she said. “We really need to move forward with some urgency.”

As part of the new strategy, the government said it will convene regional energy and resource tables to align Canada’s federal, provincial and territorial approaches to regulatory and permitting processes for mining. The objective is to have “one project, one assessment” for major projects.

In addition, NRCan’s Critical Minerals Centre of Excellence will use $21.5 million in extension funds to provide a range of programming support for the mining sector, including assisting project developers in navigating regulatory processes and federal support measures.

Under the Strategic Innovation Fund, a $1.5-billion envelope for critical minerals will support advanced manufacturing, processing and recycling applications, says the federal strategy.

In addition, Budget 2022 includes a provision of up to $1.5 billion for infrastructure development for critical mineral supply chains, with a focus on priority deposits.

The strategy notes that the government has heard serious concerns regarding the social, health, environmental, and gendered risks of critical mineral development on or near Indigenous communities.

Budget 2022 allocates $103.4 million to advance economic reconciliation through enhanced readiness to meaningfully participate in the natural resource sector, including at least $25 million to support Indigenous participation and early engagement in the Critical Minerals Strategy.

Zinck said a huge array of “green” mining technologies is now available that can help ensure a new mine minimizes environmental impacts. These technologies can reduce energy consumption, reduce or eliminate freshwater use, efficiently manage waste, and continuously reclaim the land as the mining operation progresses.

Every aspect of development should include integrating traditional Indigenous knowledge with Western knowledge, Zinck said.

Christopher from the Prospectors & Developers Association pointed out that new mines in Canada are held to the highest standard, “and the only path forward in developing a new mine is with support from Indigenous peoples and communities in proximity.”

Much talk but little action

Now Ottawa is going to spend yet more time discussing how to deliver the new strategy and how to accelerate the regulatory process, he said in an interview. “The tone of the strategy is still aspirational.”

“The investment community and the global supply chains are not banking on inspirations. They’re banking on projects and material delivery,” London said.

While Canada dithers, the U.S. and other countries are establishing battery manufacturing plants and rare earth element extraction and processing facilities, he said.

Canada should immediately kick start the midstream of the sector by building mineral-extraction and processing facilities, London said. Demand created by the midstream will drive both the upstream mining activities and the downstream manufacture of products such as battery components, rare earth magnets and electric vehicles, he added.

The government is inviting multinationals to build EV battery manufacturing plants in Canada, but hasn’t tied these facilities to using Canadian-built components made from critical minerals in Canada, he said.

“There’s no roadmap” because Ottawa has failed to coordinate the entire supply chain, London said.

However, Zinck pointed out that the federal strategy does commit funding for R&D in the midstream, for metallurgy and processing, for example. The $1.5 billion from the Strategic Innovation Fund will support pilot, demonstration and large-scale projects including in the mid-stream, she said.

Zinck agreed that “connecting the upstream and downstream is critical. It’s essential for us to be able to move from a nation that does resource development and exports [mineral] concentrates, to one that is producing downstream, high-end manufactured products.”

London argued that the strategy should be implemented by Innovation, Science and Industry rather than by Natural Resources Canada. “Critical minerals is not a mining story. This is an industrial strategy.”

Said London: “We can do this. We do have resources. We’re not going to be the global leader or replace the value of oil and gas. But the return to this country is much broader than just minerals.”